LONG PENDENCY OF CASES IN INDIA – A GIGANTIC  NEVER-ENDING SATTIRE

An enormous irony comes to the limelight when the discovery portrays that the legendary adage “Justice delayed is justice denied” is acting as a super villain in the contemporary Indian Scenario; a Democratic Republic Country known for its independent hierarchical Judicial system. The adage simply refers that speedy justice is intrinsic in the fundamental concept of justice and therefore it will be a surprising fact if such essential element is absent in a welfare-oriented nation like India. Now, how is the concept of justice in India heading towards a negative way? 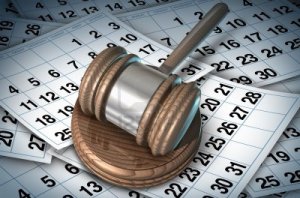 In recent years, India has become world famous for its pathetic long-lasting drama of huge pendency in the cases. Since decades, it has been a pressing issue although no such effective resolution has been implemented yet. The 245th Report of the Law Commission has already exhibited that till now almost 3.2 Cr. Cases are plagued with the virus of pendency before the various Indian Courts; and out of these around 40 lacs cases remains as pending only before the High Courts - which are sufficient enough to indicate the grave debacle of justice and rampant dilution of democratic ideology..

Not only the Law Commission Report; the Survey conducted by the project named ‘DAKSH’ also insights the statistics of the pendency in the Indian Courts. The graph drawn by them estimates that among those 40 lacs cases pending before the High Courts; 1/10th of it are remaining pending since decades and only 1/4th are at the preliminary stage of pendency. Also, more than 1 Cr. Cases are pending in the Subordinate Courts amongst which 1/3rd are under the category of traffic Challans. Hence, the above scenarios envision the massive pressure on the Indian Judiciary and ultimately increase the poverty level of our Indian Society gradually.

WHY SUCH  ENORMOUS  BACKLOG?

The Indian Judiciary is regarded as the Third Pillar in the context of Democracy. Hence, speedy disputes settlement should necessarily be the most significant part of the body. But while delving deeper into the present-day scenario, only the chronic stockpiling of cases can be revealed. The key reasons behind such gross inordinate delay can be summed up as follows –

-  A Delay in the receipt process of the petitioner/plaintiffs’ affidavits from the Indian Courts or Tribunals.
-  Inadequate availability and less appointment of Judges as an instrument of tardy carriage of justice.
-  A delay regarding the submission of the draft remarks conducted by the Section Staff.
- Late process of setting and sending the draft paragraphs remarks to the GP (Govt. Pleader) and a failure of meeting the time barrier by the GP.
- Lack of enough time to devote from the Section Staff’s side.
- A question on competency of the Section Staffs in cases of draft remarks, resulting to a due repeat of the administration process and the judicial process in a filing mechanism.
-Like the Judges, inadequacy of the Section Staffs in the Administration.

Under the sphere of the judicial system, filing a suit or petition consists of three stages – 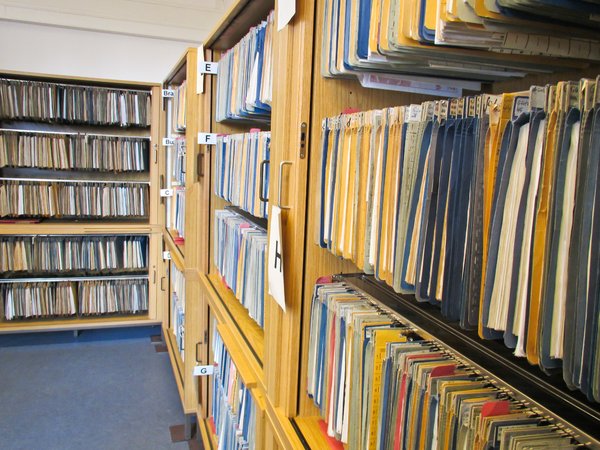 Amongst these three stages, the main delay is rooted in the administration process itself which can be well-observed from the aforementioned reasons. If the lack of those resources would be resolved effectively, then the pendency will hardly be increased in the Courts, provided that the adequate manpower through judicial appointments should be essential for such conflict resolution mechanism.

CONSEQUENCES OF THE CHRONIC JUDICIAL DISEASE

The speedy justice, being an essential element of “Rule of Law”, must form the basis of a welfare-state like India. But looking into the real-time scenario; the same speedy justice is discovered as an exception whereas inordinate delay is found to be the Rule of Law in India now-a-days. Therefore, it can be termed nothing but a serious chronic disease of such welfare-oriented judicial term and by no stretch of imagination, the consequences of the disease must be severe enough as follows –

1. Continuous burdening of cases will lead to form a highly expensive road of justice to travel as the maintenance cost of those cases will go on increasing at all.
2. The long pendency of cases will tend to erode the faith of the Indian Population on the Judiciary.
3.  It hampers the smooth societal functioning providing the poor an opportunity of being exploited by the Rich due to their manpower and money power.
4. Delay in criminal prosecutions affects severely as it destroys the basic deterrent theory behind imposing penalties. A huge pendency of criminal case helps the regular criminals to wipe their fear off from the penology and increases the number of criminal activities in the Country, which will nothing but weaken the National Safety and Integrity.
5. The pendency creates a grave lack of standardization and management of data in the cases leading the severe miscarriage of justice.

THE RECOMMENDATIONS TO BE IMPLEMENTED

In order to combat with the virus of pendency, there should be a proper and strong legal framework having the effective enforceability of all the recommendations enumerated below –

1. An efficient technology for the speedy standardization and management of data in order to a quick understanding of the case-nature.
2.The introduction of evening courts to decide the petty challan cases which will be dealt by the other judges not having responsibility to hear the serious cases.
3.  Another significant recommendation is to increase the appointment rate of judges in Judiciary and develop the training process in judicial institutions which will mainly resolve such disputes at first instance.
4.Not only the appointment, the retirement age of the High Court and District Court Judges should be increased to cure such disease.
5.Although tribunals have now been established for reducing the burden; in realm these are only acting as another one layer in the manifold legal system. Thus besides, like family courts; the special kind of courts such as: Property Courts etc. should be established for a speedy disposal mechanism.
6.Introducing the reforms in court functionaries, inside-infrastructures, the alternative dispute resolution methods etc. and strengthening the concept of Khap Panchayat, Lok Adalat, and Gram Nyaya Panchayat etc.
7.To prevent the delay in administration process of the Judicial system, the competent and skilled staffs should be recruited in the Govt. Departments

The Indian Judicial System is discovered to be married with the gigantic long-lasting satire of pendency, which seeks a strong virus-affected framework to break down the Constitutionalism and its democracy-oriented goals based on the Judicial Body. Rather, it addresses the issue so gravely, that an immediate need of an overhaul of the entire Judicial Mechanism is highly preferable and which must be achieved by successful enforcement of the prescribed recommendations. Moreover, it is the high time to prevent the destructive virus instead of curing it in order to restore the faith of the citizens on the Nation again.

Namrata Chakraborty is a 3rd year student pursuing Law from Symbiosis Law School, Hyderabad. Applying common sense is her passion and this is why she is a law student. She enjoys spending her leisure time by reading detective novels and listening to music.